I spent much of this past week thinking about this project and why, although the build is almost complete, nothing was happening. 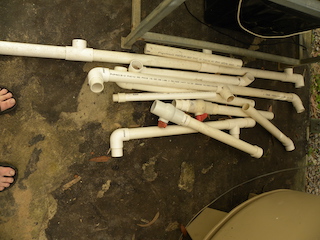 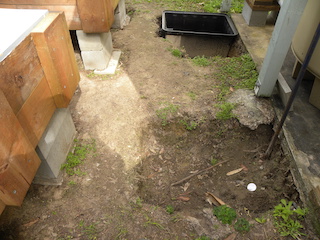 I’m so close that all I had to do is finish the sump tank installation and connect the pipework from the fish tanks and filtration modules to the sand biofilters and DWC grow tanks…but, with only a few hours of work to do, I felt incapable of making the final effort. 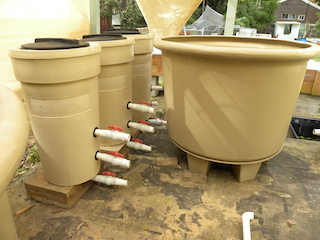 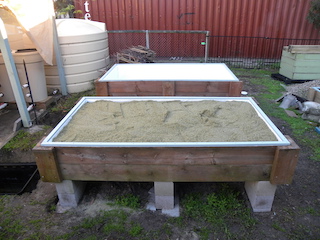 And then I came to the realisation that the premise that underpins my comparison project is no less flawed than the research methodology that inspired it.

The first research trial, conducted at the American University in Cairo (AUC) by Hisham El Essawy sought to establish which method (iAVs or DWC) was the better choice for Egypt – given its circumstances.  While the methodology was flawed, this trial concluded that iAVs was the more effective growing method for Egypt.

The second trial, conducted (also at AUC) by Lobna Salem, sought to establish whether deep water culture (DWC) or sand beds were the better way to grow lettuce.  While the methodology for this trial was also suspect, it concluded that DWC was the better method for growing lettuce.

Upon reflection, I concluded that my iAVs/DWC comparison was simply going to confirm the findings of the first trial.  On the matter of the second trial, I came to the conclusion that knowing how to grow one type of food plant to the exclusion of all others, was actually of little interest to me.

I also realised that by continuing with the comparison, I was going to lock myself into a regime of water testing, filter-cleaning and external nutrient mineralisation (or supplementation) that DWC requires but that iAVs does not.

I was, in effect, going to devote a whole heap of time and effort to confirm what Mark McMurtry proved over 30 years ago…that, all things considered, iAVs is the most productive, resilient and sustainable way to grow plants using the metabolic wastes of fish.

The other more disturbing realisation was that, even if I’d done all of the work that was necessary, it would actually have done little to change minds.  I’ve observed throughout my 14 years of association with aquaponics that people act on what they believe rather than that which is verifiable fact.

So, given all of that, I’m not proceeding with the comparison.

Now that I’ve freed myself from that yoke, I plan to take the project in a different direction.

I will now commission the iAVs as soon as I tidy up the few remaining build tasks and arrange for the purchase of some fish.

One of the questions that I encounter, from time to time, is…”Could I connect a DWC tank to an iAVs?”  I propose to answer that question as soon as I satisfy my initial curiosity about my new toy.

After that, I’ll probably source some more sand and convert the DWC tank to another sand biofilter…and possibly even a second discrete iAVs with its own fish tank.

There are so many questions that remain to be answered about the method but my first inclination is to determine whether there’s any discernible difference between glass sand and the quartz silica stuff.

So, that’s it…until next week.  Take it easy!