This week, saw work begin on the sand biofilter for the iAVS…and the DWC grow tank.

Since Havemore Farm is a constantly changing feast, my first task was to clear the site that I had allocated to the grow bed/tank.  My NFT system – and a couple of shallow beds – were making temporary use of the space…so they needed to be moved. 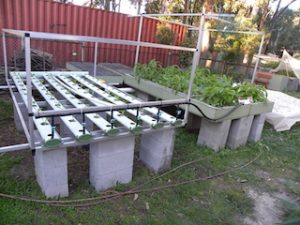 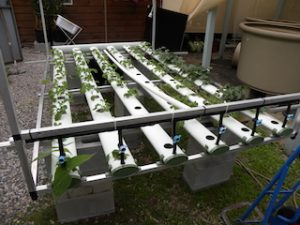 The NFT was easy.  I simply created a new base for it – using cement blocks – and moved it across to its new temporary location. 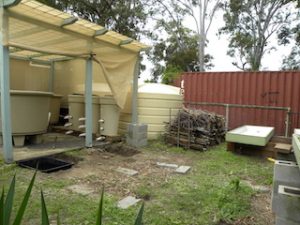 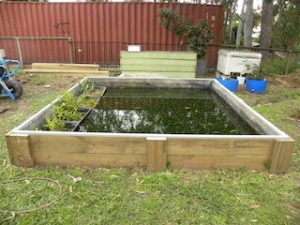 The shallow gravel beds required a lot more effort…including the removal of 600kg of gravel.  Having seen almost as many incarnations as the Buddha, they are now stacked up – over behind the pond – awaiting their next deployment. 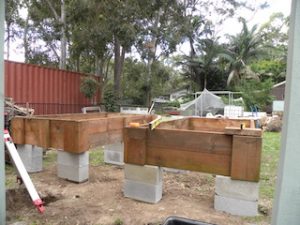 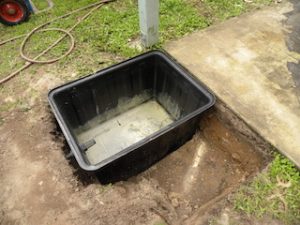 Given that the new bed/tank will weigh around 1.4 and 1.0 metric tonnes respectively…and my particular circumstances are such that they need to be above-ground, they are of robust construction.  I used cement blocks for the supports…and treated pine sleepers and formply…for the grow beds.

I began to dig the holes for the sump tanks and it wasn’t long before Fate rolled up to the party…revealing some sewage plumbing right where I wanted to put the first sump tank…and forcing a change of direction for both me – and the sump tanks.

I already have a worm farm, but it’s in a repurposed ebb and flow grow bed – and I can make better use of it in that role. 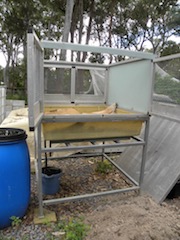 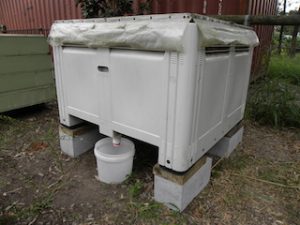 I own three mega bins…750-litre HDPE produce bins.  I’ve used them for all manner of things…often as fish or water storage tanks. Anyway, one of the bins has developed a leak, so its tank days are over…but it is adequate for use as a worm farm.

It’s been an interesting week following the startup of this little unit.  Follow my meanderings…HERE.

Getting the Right Perspective 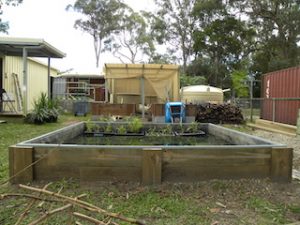 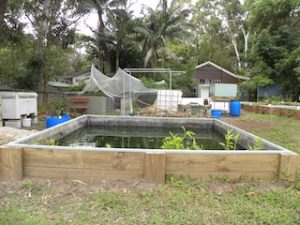 The first photo shows the RAS, the iAVs and DWC beds with the duckweed pond in the foreground.  The second image shows the opposite view – from the pond back to the chicken house and soil pit.